WHAT WAS SHE WEARING!? 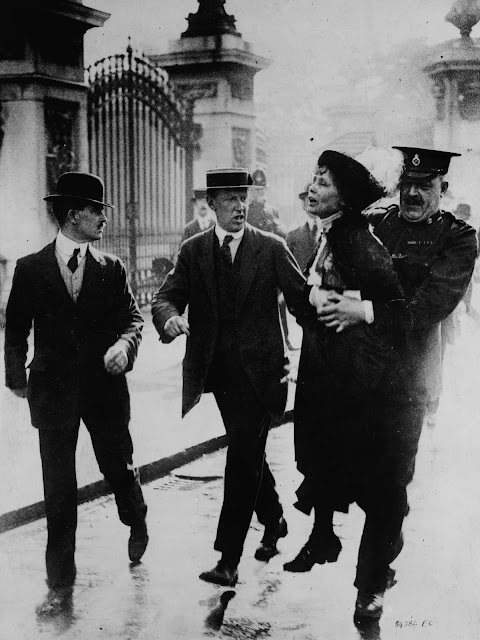 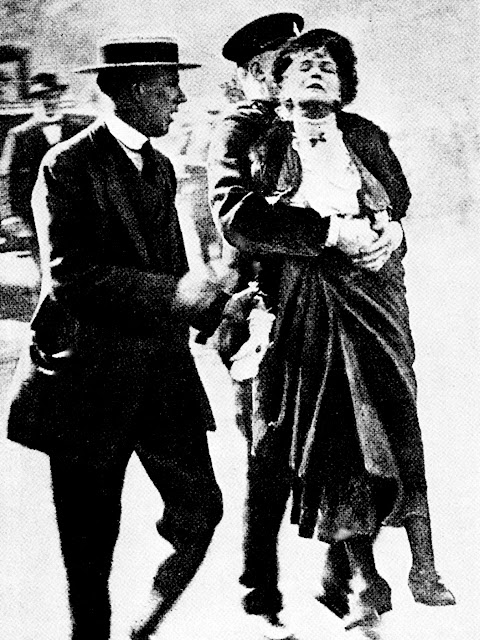 London, May 22, 1914- Emmeline Pankhurst is arrested again after protesting for women's right to vote. At two o'clock in the afternoon, the female activist was arrested near Buckingham Palace. What happened? What were the consequences? And most importantly: What was she wearing!?

Emmeline Pankhurst, born on july 15 1858 in Manchester, was an English woman who dedicated her life to helping women to win their right to vote. Her parents, middle-class merchants, were both politically active so Emmeline Pankhurst and her two daughters were practically born into their carreers. In 1999 Time magazine listed Emmeline Pankhurst in the top 100 of the most important people of the 20th century.


At the age of twenty, Emmeline Pankhurst married a lawyer, known for his support to women's right to vote. When He died in 1898, Emmeline founded the Women's Social and Political Union (WSPU). The group, with female members only, was not politically engaged but tried to make their points clear by marching and organizing protests. These protests often led to violence and many members of the WSPU were arrested after assaulting policemen, smashing windows and chaining themselves to government buildings. The arrest of Emmeline in the pictures above is just one of the many times she got arrested. The WSPU wasn't a very popular movement but nonetheless they kept fighting for their rights to improve the world. In 1914 at the beginning of WWI, Emmeline started campaigning for women to work in their husband's factory so that their men could defend the country at the front. WSPU members who were in prison at the time were released to support the nation in wartime. In 1918 women over 30 who met minimum property quantities, gained the right to vote. It was a begin, but the members of the WSPU weren't there yet.
Emmeline Pankhurst died in June 1928.
A month later, Men and women were finally treated equally.
All women in the UK over the age of 21 gained gained the right to vote. 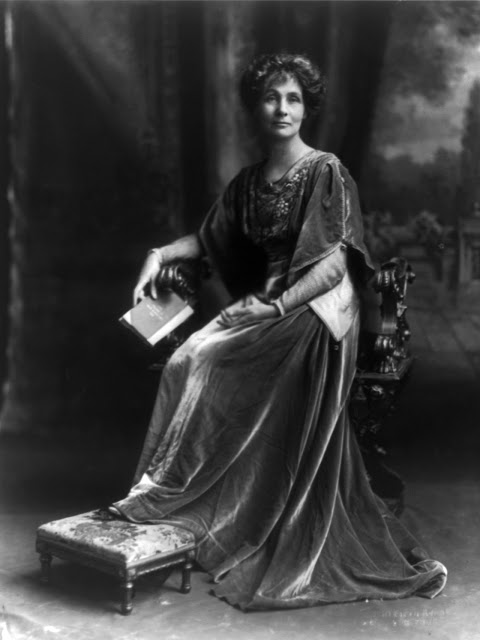 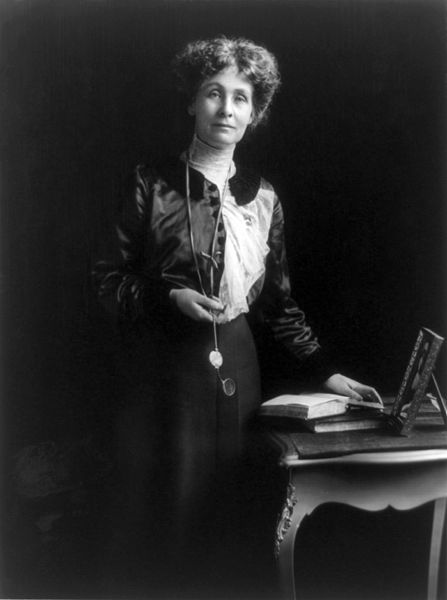 Despite her very unorthodox methods. Emmeline fought for a good cause. She gave her life for equal rights and all women living today certainly ow her a lot. Although she was involved in quite some schandels (money-problems, several imprisonments, hunger strikes) she remained a very pride woman. She always looked great and certainly believed in the power of appearances.  Born in the Victorian-era she dressed in long skirts and wore blouses with high collars. She looked clean and always paid attention to her looks. On may 22 1914, she must have known she was going to be involved in a heavy fight and she knew what she was doing was illegal. Nonetheless she went out with her hat decorated with feathers and a ribbon around her neck. Choices like these show that people care about the way they look and more importantly, it shows their self-respect.  Even when she got carried away by a two-ton-tony policeman, she held her head high and never lost her dignity. She showed the world she wasn't just a poor wild barbaric activist. She proved to everybody that she had manners, that she had class and that she was a neat woman just like any other high-society figure. She just wanted to live in an equal society. Emmeline Pankhurst taught us that  a woman must always remain her pride and her dignity and you're halfway there when you're properly dressed.
She reminded us of what one person can accomplish and that we are all capable of changing this world into a better place. 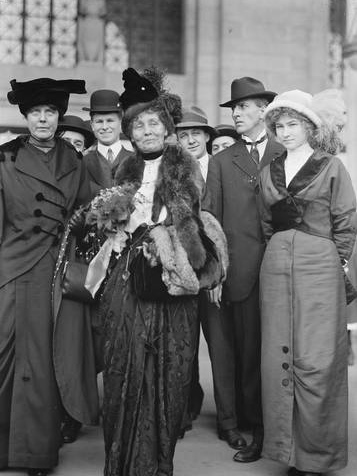 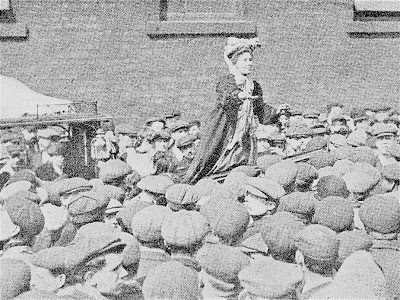 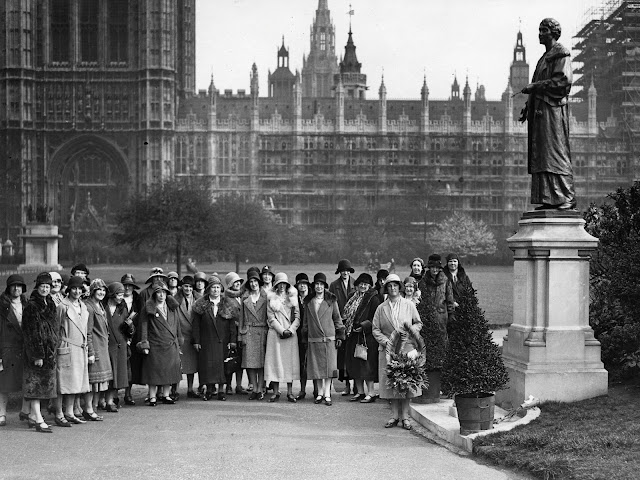