LOOK OF THE WEEK: SHEHERAZADE 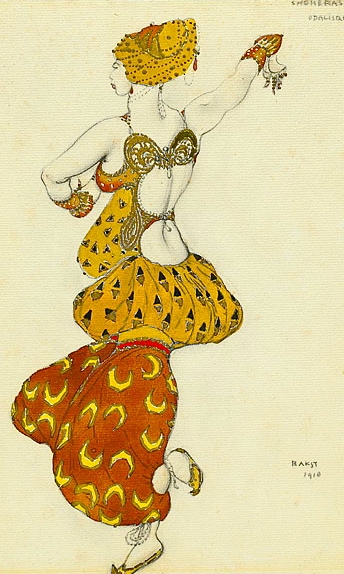 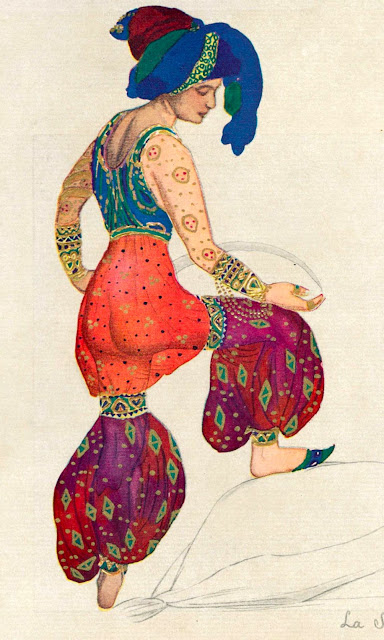 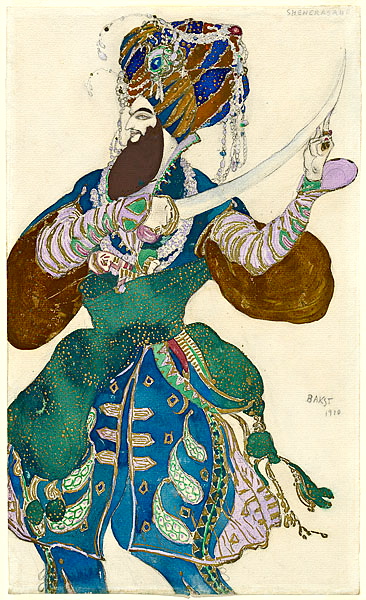 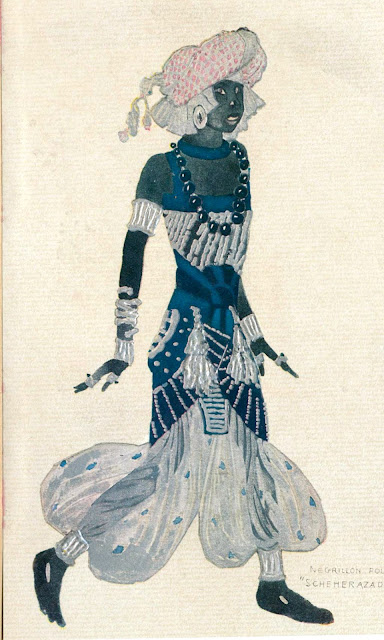 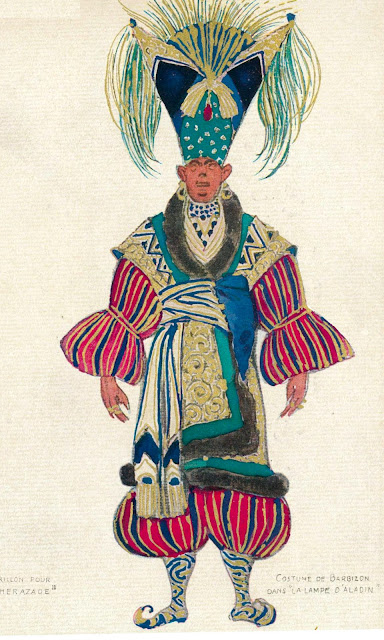 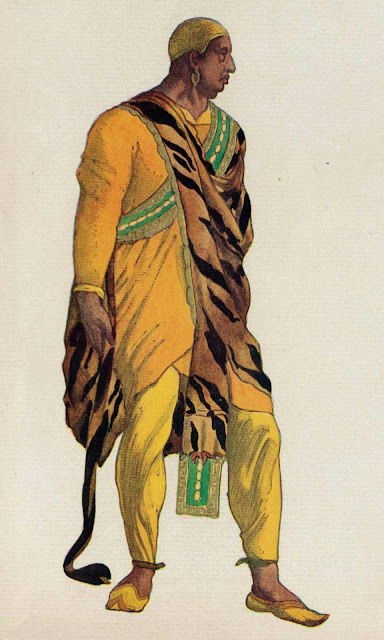 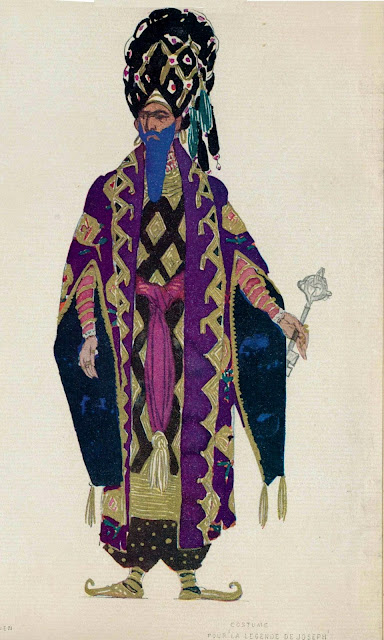 This Drawing was made in 1910 by Leon Bakst, Costume designer for the "ballet Russes" in Paris during the first decades of the 20th century. This particulair drawing was for a costume of "Sheherazade" the women who told the well-known story "One thousand and one nights." Influences of the costumes for this particular play were still seen in the late 1920's.
People could write (hundreds of) pages about the "ballet Russes" and it's influence on the fashion world. (And I certainly will, sooner rather then later) But for now the story basically is:
On july 4, 1910, Sheherazade, written by Rimsky Korsakov, was preformed for the first time. The story is about a young women who postpones her death by telling stories to an evil sultan. It was preformed by the revolutionary "ballet Russes" in Paris. The Ballet Russes were  very controversial and very few people liked their modern sense of style. On the other hand, they were loved by  the more progressive part of society. Many artists were inspired by them.
It is said that Paul Poiret, a very popular fashion designer at that time, once saw this version of Sheherazade and he introduced the Oriental (eastern, arabian-nights) style in the fashion world. The use of feathers and large necklaces (Like Chanel's famous pearl necklaces) became very popular. You could say that the Ballet Russes controlled the fashion world, especially when composer Igor Stravinsky started an affair with Gabrielle Chanel.
Enough of that: Look at these beautiful drawings. I especially like the top one: Sheherazade herself, played by Ida Rubinstein.
I think they are amazing in a bit of a magical way. I'm just speechless.
Beauty in it's pure form...
What do you think?
Labels: Look of the week, lovelylooks
Newer Post Older Post Home